Who Gets to Graduate?

Check out a 4 step intervention process that has been shown to support low income students have an equal opportunity for success. 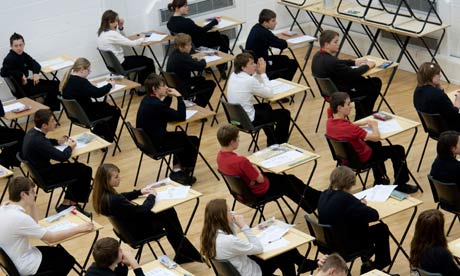 Overall, 40% of American four-year college students don’t have a degree after six years. Most high-income students do very well in college, but most middle- and low- income student struggle to complete a degree. Only 25% of college freshman born into the bottom half of the income distribution will graduate by 24, while 90% of freshmen born into families in the top 25% of the income distribution will finish their degree.

There are thousands of high-achieving students from low and middle -income families who want desperately to earn a four-year degree but don’t ever make it. Reasons such as they never get in because of too many forms to fill out or they don’t know how to choose the right college; some get into a college but have too many loans or are overwhelmed by expenses and drop out are very common. However, most interestingly, many of these students who get into a good college will quit school because they meet a minor obstacle in their college experience either socially or academically and “freak-out”. Then they won’t ask for help because of embarrassment or lack of communication skills, and become scared and helplessness in their abilities to cope, and give up.

Leading researchers in educational psychology have delved further into this last reason and asked the question: How precisely, do you motivate students to take the steps they need in order to succeed? Research has produced some remarkable answers that are increasing college graduation rates for low and middle -income and minority students.

There are 4 main points in this 23 page article that show how these students (or anyone) can have the best chance to succeed in college.

This 4-step intervention process keeps these students from overinterpreting discouraging events that might happen in the future. It doesn’t prevent them from experiencing those bad things, but helps them change the meaning of them so that they can’t mean to them that things are never going to get better. Every college freshman – rich or poor, white or minority, first-generation or legacy – experiences academic setbacks and awkward moments when they feel they don’t belong. But white students and wealthy students and students with college-graduate parents tend not to take those moments too seriously or too personally. Sure they still feel bad when they fail a test or get in a fight with a roommate or are turned down for a date. But in general, they don’t interpret those setbacks as a sign that they don’t belong in college or that they’re not going to succeed there. It is only students facing the particular fears, anxieties and experiences of exclusion that come with being a minority, whether by race or by class, who are susceptible to this problem. Those students often misinterpret temporary setbacks as a permanent indication that they can’t succeed or don’t belong in college.

The 4 steps “mind-set changing intervention” mentioned above can work as a kind of inoculation. And when, six months or two years later, the germs of self-doubt try to infect them, the lingering effect of the intervention allows them to shrug off those doubts exactly the way the advantaged students do.

It is imperative that all students who want a college education learn how to change their mind-set. Data shows that more than ever, when low-income Americans get a 4-year degree, they have a 40% chance of making it into the top 50% income brackets and just a 16% chance that they will remain stuck at the bottom 25%. American graduation rates used to be first in the world, now we rank 12th in the world. It is important that our American education system doesn’t ignore these stats and move towards its central mission of taking large numbers of highly motivated working-class teenagers and give them the tools they need to become successful professionals.

Original work found in the New York Times May 15, 2014 by Paul Tough

Read how the University of Texas-Austin’s programs for college students have implemented this intervention here.

I have found that all students no matter their economic background, will have a range of stress responses from short bouts of minor or major stress to chronic toxic stress. But it is those students whose care-takers have a lack of resiliency skills, (who may be less educated and take part in disempowering behaviors such as alcoholism, drugs, divorce, abuse, etc.) that tend to grow up questioning their ability to graduate or be “successful” in the world. They usually believe that they don’t belong, are not liked (judged), or can’t survive, and will give up more easily. The more traumatizing experiences our youth have, the less they will be able to cope with challenges. They are less resilient to what they think are negative events. Empowerment Education includes how to notice and treat students who show up with less resiliency and coping skills. Teachers will feel more empowered in the classroom when they learn empowerment education concepts and practices. The University of Texas – Austin has definitely created an empowerment process to help less resilient students cope with the challenges of college.

PrevPreviousThe Independent Project
NextHow Does Love Affect a Child’s Future? …it has to do with the brain.Next
i.b.mee.